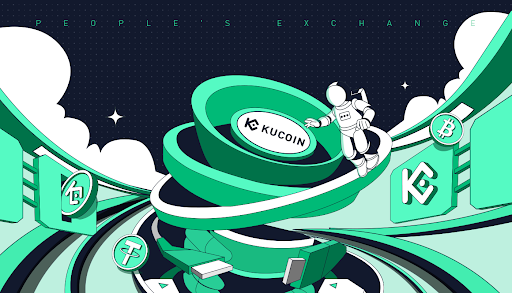 In the cryptocurrency space_ among many big names like Ethereum and Bitcoin and developing names like KuCoin_ an entirely new category of crypto was spawned in late 2013; the Meme Coin. It came into existence with the launch of Doge coin, which merely started as a joke.

The meme coins are developed as a homage to social media memes and pop culture references. Doge coin was generally created to ridicule the major digital currencies.

Few meme coins are just introduced as an insult. For instance, Mongoose Coin was instigated after a politician coined the name at a conference regarding cryptocurrency. Moreover, the KuCoin deals with various currencies varying from BTC to TRX and USDT price to others.

Unlike other crypto currencies, meme coins aren’t patterned as utility tokens; they can only be traded. This attribute makes them extremely volatile. As a result, extreme fluctuations in value are observed in short intervals.

Another reason Meme coins suffer such changes is that they have an uncapped maximum supply. This means that the former offers infinite units in coin circulation (to mine), which is unfamiliar with other currencies. Meme coins generally have a small value per asset.

Is Meme Coin A Safe Hedge?

The immense popularity of Meme coins has grabbed investors’ interest causing plenty of them to add meme coins to their portfolios. But is it a secure investment?

Social media sentiments largely drive their value. Tweets from celebrity influencers like Elon Musk drastically soar their worth one day, and the hype fall causes sharp declines the next day. A relevant viral meme becoming outdated would cause the same.

Meme coins are often not backed by sophisticated technology like many developed virtual currencies have strong ecosystems to support them.

They lack a serious purpose and are designed through copied codes from other well-established crypto currencies, making them vulnerable to cyber-attacks and unsafe for users’ data.

However, one can still make money off this kind by taking steps consciously, for example, by being aware of the trends before they take over the internet and purchase a limited number of coins with a small amount of money.

How Do Meme Coins Work?

Meme coins work on similar criteria as the other electronic currencies. They benefitted from the blockchain and the related advancements. As of now, more than two hundred meme coins exist on these block chains.

Earlier, the formation of these coins required basic know-how. Still, the development of tech-savvy apps has lessened the difficulty of heavy programming and made launching these coins accessible for anyone. It has also helped scammers take advantage of less knowledgeable investors.

Meme coins can easily be bought, sold, or traded like any virtual currency. The process is less complicated than the mainstream Bitcoin.

At present, it’s highly unlikely that Meme coins will enjoy the same extensive adoption as other crypto currencies. But with the growing acceptance of Doge coin by companies like Tesla, it can be predicted that Meme coins are here to stay and might bring changes to the crypto world.

How is CBD Oil Made?